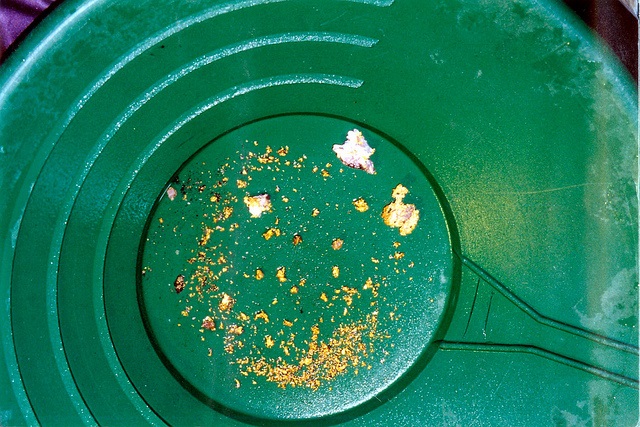 1. Panning for gold in the evidence stream.
Patrick Lester introduces his new SSIR article by saying “With evidence-based policy, we need to acknowledge that some evidence is more valid than others. Pretending all evidence is equal will only preserve the status quo.” In Defining Evidence Down, the director of the Social Innovation Research Center responds to analysts skeptical of evidence hierarchies developed to steer funding toward programs that fit the “what works” concept.

Are levels valid? Hierarchies recognize different levels of evidence according to their rigor and certainty. These rankings are well-established in healthcare, and are becoming the standard for evidence evaluation within the Dept of Education and other US government agencies. Critics of this prevailing thinking (Gopal & Schorr, Friends of Evidence) want to ensure decision-makers embrace an inclusive definition of evidence that values qualitative research, case studies, insights from experience, and professional judgment. Lester contends that “Unfortunately, to reject evidence hierarchies is to promote is a form of evidence relativism, where everyone is entitled to his or her own views about what constitutes good evidence in his or her own local or individualized context.

Ideology vs. evidence. “By resisting the notion that some evidence is more valid than others, they are defining evidence down. Such relativism would risk a return to the past, where change has too often been driven by fads, ideology, and politics, and where entrenched interests have often preserved the status quo.” Other highlights: “…supporting a broad definition of evidence is not the same thing as saying that all evidence is equally valid.” And “…randomized evaluations are not the only rigorous way to examine systems-level change. Researchers can often use quasi-experimental evaluations to examine policy changes….”

2. Can innovation be systematic?
Everyone wants innovation nowadays, but how do you make it happen? @HighVizAbility reviews a method called Systematic Inventive Thinking, an approach to creativity, innovation, and problem solving. The idea is to execute as a process, rather than relying on random ideas. Advocates say SIT doesn’t replace unbridled creativity, but instead complements it.

4. Journal impact factor redux?
In the wake of news that Thomson Reuters sold its formula, Stat says changes may finally be coming to the “hated” journal impact factor. Ivan Oransky (@ivanoransky) and Adam Marcus (@armarcus) explain that some evidence suggests science articles don’t receive the high number of citations supposedly predicted by the IF. The American Society of Microbiologists has announced that it will abandon the metric completely. Meanwhile, top editors from Nature — which in the past has taken pride in its IF — have coauthored a paper widely seen as critical of the factor.